From 2011 - 2015, the CARVE mission flew Flights in the Alaskan Arctic, collecting detailed measurements of greenhouse gases. 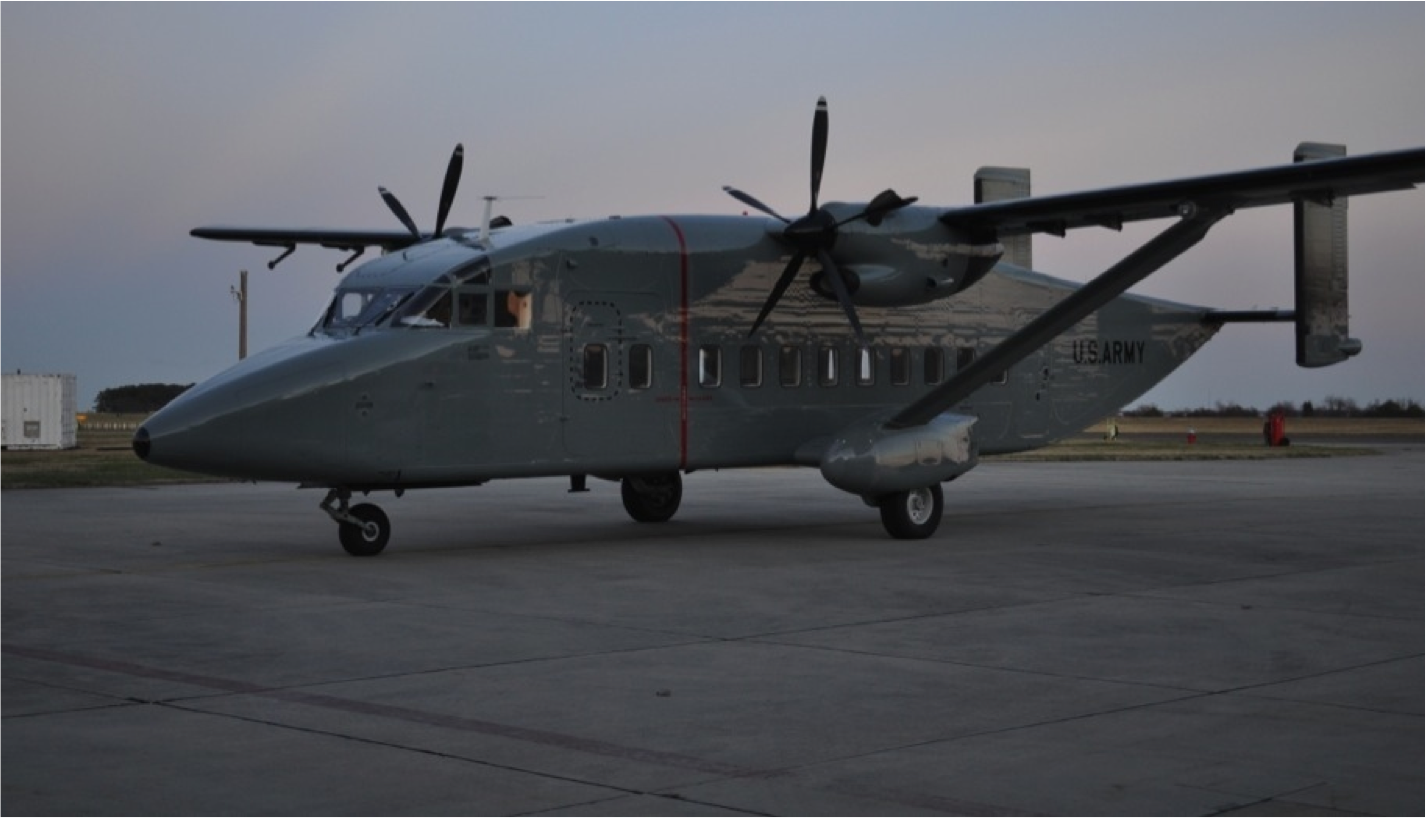 CARVE is using the Arctic-proven C-23 Sherpa aircraft to fly an innovative airborne remote sensing payload. The NASA Goddard Space Flight Center's (GSFC) Wallops Flight Facility (WFF) Aircraft Office operates the NASA C-23 Sherpa research aircraft available to support airborne science research. The C-23 is used to perform scientific research, provide logistics support on an as-needed basis to other airborne science missions, and can be used as a technology test bed for new airborne and satellite instrumentation. This aircraft is also available to support range surveillance and recovery operations as needed. The C-23 is a self-sufficient aircraft that can operate from short field civilian and military airports to remote areas of the world in support of scientific studies and other operations. The C-23 is a two-engine turboprop aircraft designed to operate efficiently, under the most arduous conditions, in a wide range of mission configurations. The large square-section cargo hold, with excellent access at both ends (4 side fuselage doors and aft cargo ramp), and a 7000-pound payload, offers ready flexibility to perform a variety of missions. The aircraft also has 22 cabin windows as well as a nose cargo area available for installations. 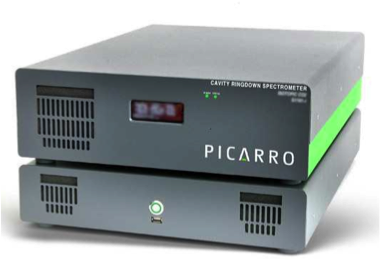 The Picarro CO2/CH4 Flight Analyzer is a real time, trace gas monitor capable of measuring these gases with parts-per-billion (ppbv) sensitivity onboard aircraft with varying cabin pressure and environmental conditions. The analyzer is based on Wavelength-Scanned Cavity Ring Down Spectroscopy (WS-CRDS), a time-based measurement utilizing a near-infrared laser to measure a spectral signature of the molecule. Gas is circulated in an optical measurement cavity with an effective path length of up to 20 kilometers. A patented, high-precision wavelength monitor makes certain that only the spectral feature of interest is being monitored, greatly reducing the analyzer's sensitivity to interfering gas species, and enabling ultra-trace gas concentration measurements even if there are other gases present. As a result, the analyzer maintains high linearity, precision, and accuracy over changing environmental conditions with minimal calibration required. 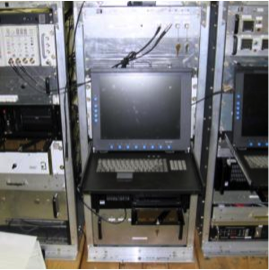 Passive Active L- and S-band Sensor (PALS) is a combined polarimetric radiometer and NASA licensed radar sharing a rotating planar array antenna. The PALS instrument includes a combined L-band radiometer and scatterometer , operating at 1.413 GHz and 1.26 GHz respectively. It was designed and built to investigate the benefits of combining passive and active microwave sensors for Ocean salinity and Soil moisture remote sensing. It is the prototype for the Aquarius and SMAP missions and its' flexible design is compatible with many aircraft.
PALS has flown on the NCAR C-130, NASA's P-3 and Twin Otter International's, Twin Otter. It is a very mature instrument, and has flown more than 800 hours, in support of NASA campaigns.

The CARVE FTS consists of three near-IR channels with spectral ranges of 12,920-13,180 cm-¹ (Band 1), 5,820-6,380 cm-¹ (Band 2), and 4,200-4,322 cm-¹ (Band 3). Each band has a spectral resolution of 0.2 cm-¹. The instrument can be operated in polarization mode, where each band records the S- and P-polarization components separately, or un-polarized. During 2012, the first year of operations, the FTS observed in polarization mode. In 2013, prompted by the challenging observation conditions in the Alaskan Arctic, the instrument configuration was changed to un-polarized in order to improve signal-to-noise ratios.

The FTS Level 2 products are derived from all three bands: Band 1 provides the O2 observations that are used in the computation of dry-air columns, as well as fluorescence (not part of the current release); Band 2 is used for retrievals of CO2, CH4, and H2O; and Band 3 is used for observations of CO, as well as a second set of products for CO2 and CH4.

DADS provides the location and orientation of aircraft.